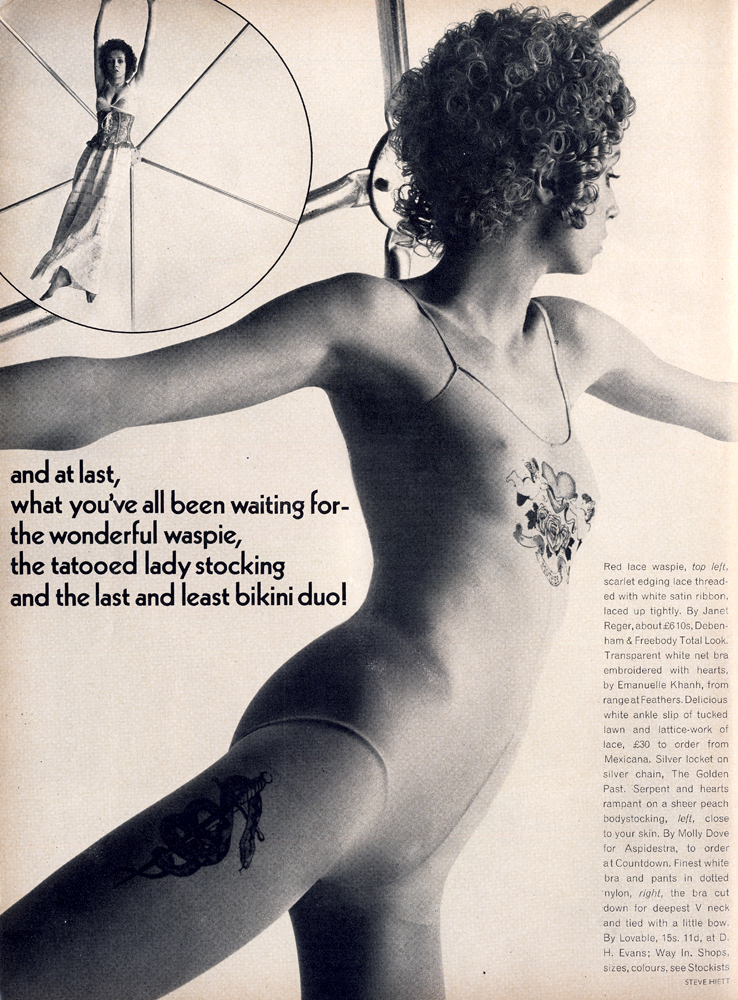 Wonderful to see further mention of John Dove and Molly White’s ‘Aspidistra’ label and to actually see one of the tattoed body stockings which were illustrated in this earlier post on my blog. Also, regular readers will know of my passion for Seventies underwear in general, and Janet Reger underwear in particular, so this stunningly photographed editorial is pretty much win-win as far as I’m concerned. Bubble perm included…

Red and navy chevrons on white. By Janet Reger.

3 thoughts on “Inspirational Editorials: The Greatest Underclothes on Earth”