Ok, so this can’t possibly be a proper book review, because I don’t own the book. The reason I don’t own it, is because it costs £345. It’s £345 well spent, if you have the money, in my opinion. But it’s still £345. You pay for superior materials, lush production and great exclusivity; it’s bound (ha!) to hold/increase its value. It also contains a lustworthy amount of photos of rockstars in beautiful clothes.

I did, however, get to see a preview at the launch, at Genesis HQ in Guildford, on Tuesday night. Once the crowds had cleared somewhat, the feather-headed pseudo-mods had drifted away, I had spotted Peter Blake (again!! It’s the Zandra Rhodes effect; you start feeling bored of seeing them everywhere!) and gobbled up as many canapés as I could find, I carefully flicked through the book and tried to take some lousy phone shots of the photos up on the walls. I was in heaven. Men in satin. Men in flares. Men in feather boas. Men in platforms….

Rod in an Alkasura cherry jacket. 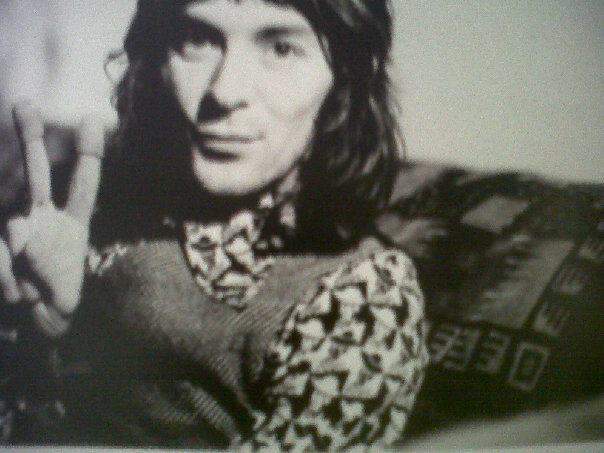 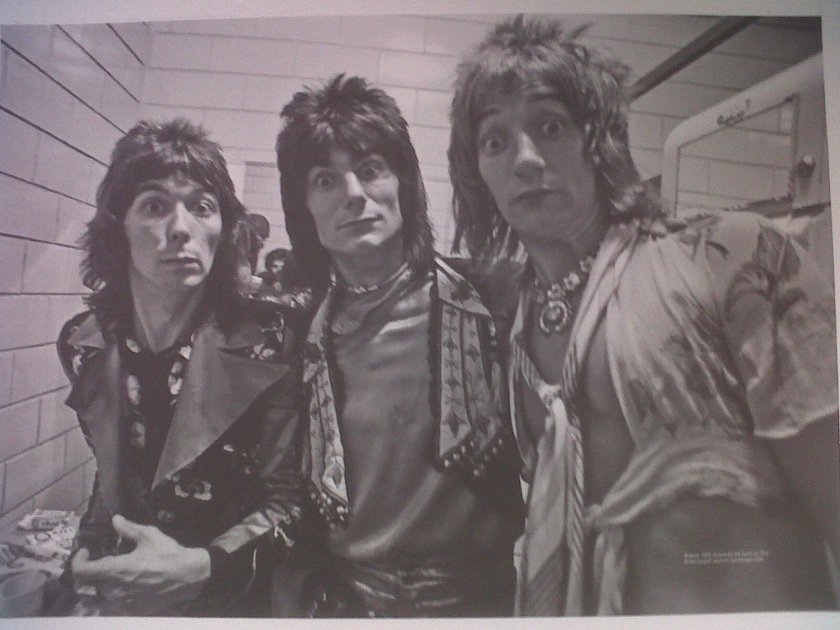 Personally I’m a Ronnie Lane kinda girl. Rod Stewart is fine in this period, and he wears some of the most brilliantly bonkers gear out of all of them. Ronnie Wood is tolerable, but he doesn’t float my boat. Ian McLagan has instantly gained major points in my book for being seen wearing a Bus Stop Forties-lady print blouse throughout the book. And Kenney Jones is….there. But put them all together, and it’s just magical. The photos are largely unseen; vivid, candid and energetic.

I’ll just have to keep hoping for that windfall so I can buy the damn thing! The Faces: 1969-75 is available here:
http://www.genesis-publications.com/faces/default.htm 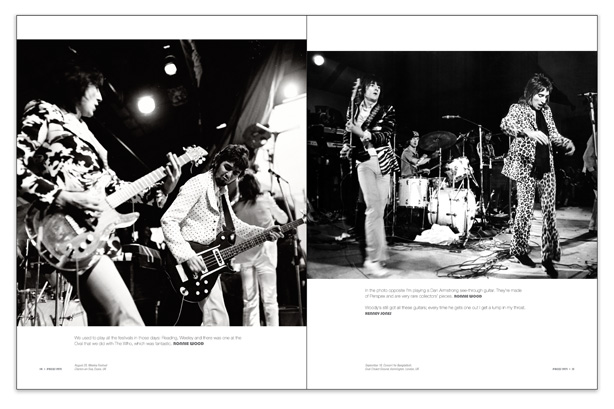 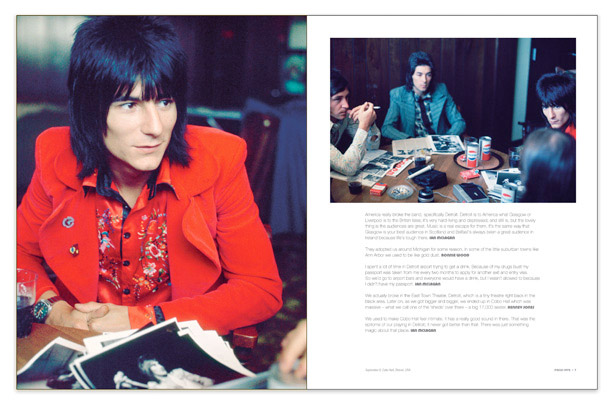 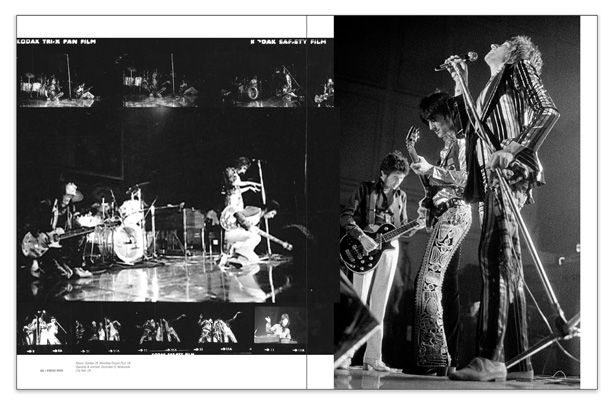 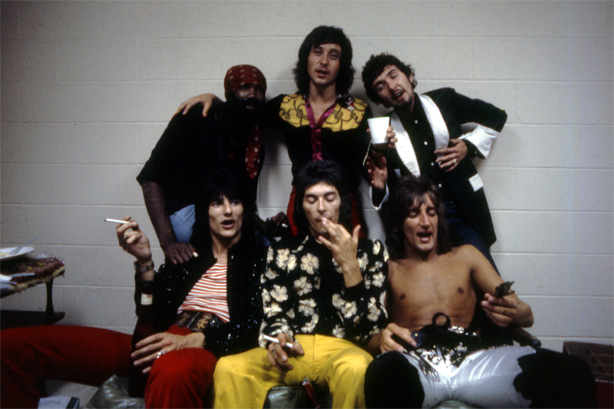 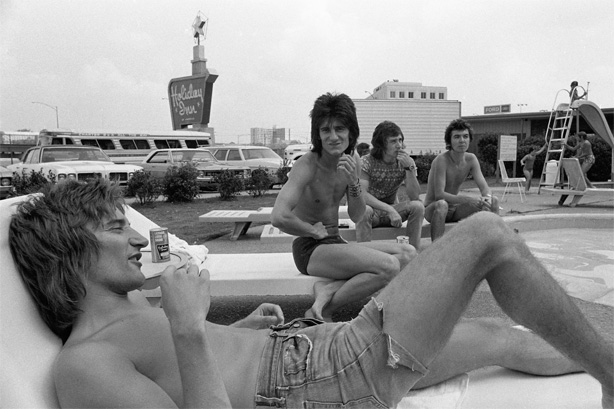