I was aghast to read recently that Old England was being ‘relaunched’ as a brand. This isn’t entirely surprising, given my usual reaction to such endeavours, but I was particularly cheesed off because I was still awaiting my very own original Old England timepiece. Ever since I knew about their collaboration with The Avengers, in the Alun Hughes-era rather than John Bates, I have been wanting one of my very own. I have extremely skinny wrists, and I either need something very delicate and barely there or I need some ridiculously big statement. Old England watches are perfect for the latter…

Diana Rigg in an Avengerswear mac by Dannimac, hat by Edward Mann and watch by Old England. 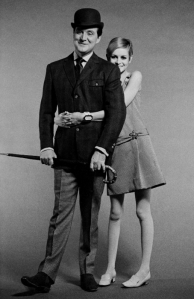 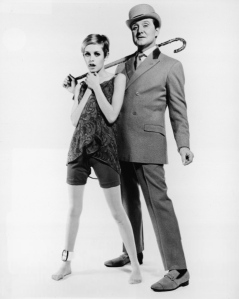 Now it’s around her ankle!

So imagine my delight when I peered into a cabinet in a delightfully ramshackle antiques shop in Bexhill and spied this acid green confection. A wind and a few gentle shakes by the shop owner got it started after goodness knows how many years in the cabinet. It’s missing one of the strap bars across the back, but for £10 how could I say no?

11 thoughts on “Watching Out”