Christopher McDonnell in the South Molton Street boutique. The model wears a blouse and layered culottes in organza, 42 gns.

I love these sparse and splendid boutique insights you can occasionally glean from vintage magazines. A while ago, to my shame, I promised that I would scan the entire of this July 1970 Telegraph Magazine article on London boutiques. Slap my wrist and call me Kate Moss, I clean forgot. I intend to amend, starting with marrian-mcdonnell.

The first Marrian-McDonnell boutique opened in Sloane Avenue in April 1966. Christopher McDonnell, who had been a fashion editor with Queen magazine, where he met Mary Ann Marrian, designed clothes that were casual but elegant. A whoesale range was produced soon afterwards to meet the demand from other stores, and now the partners export to the U.S. and Scandinavia, too.

In 1968 the second boutique opened in South Molton Street, and its success emphasises Christopher’s flair for giving a touch of glamour to classic fashion. 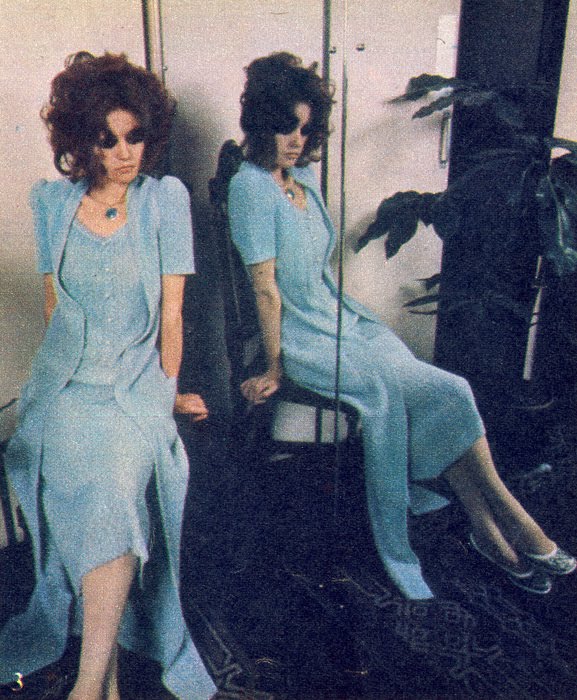 Hair by David at Michaeljohn. Photos by Duffy.

7 thoughts on “Peek Inside The Boutique: marrian-mcdonnell”