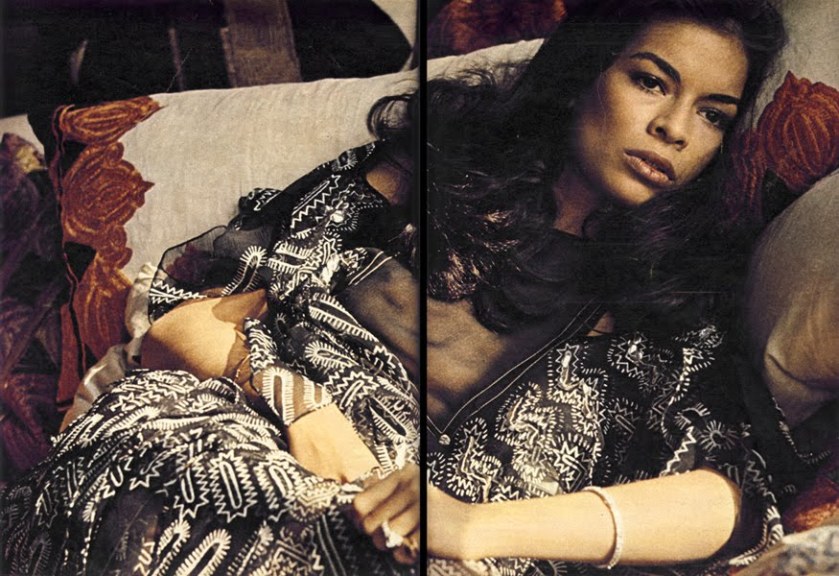 I must confess that, beyond thinking ‘poor love, imagine being married to that’, I didn’t always have particularly strong opinions on Bianca Jagger. I knew the legends, and I knew she was a stunner with a propensity to wear beautiful clothes, but The Stones aren’t my strongest musical suit and I couldn’t work up much enthusiasm for someone who had actually bothered to get married to Mick. Don’t even get me started on the whole Jerry Hall thing (she should have been Jerry Ferry, it’s just not right….).

Then I read her section in Wendy Leigh’s excellent book Speaking Frankly: What Makes a Woman Good in Bed (which you can pick up for as little as 70p on Amazon these days). Most of the content is boring, some is sordid (hello Angie Bowie), some is misogynistic (hello Oliver Reed, surprise surprise) and some is really rather lovely (hello, ummm, Roger Daltrey. And Serge Gainsbourg, the old rogue).

Bianca’s is a lovely, long, rambling analysis of a Catholic upbringing and a rather sweet, romantic and restrained adult love life. Which doesn’t quite fit with how you’d imagine any wife of a Rolling Stone to be. Not least one who partied at Studio 54. But then again, Bianca has that other-worldly quality which rises above groupie, girlfriend or just ‘wife’. She’s classy. Much as I loathe Jagger, he did have awfully good taste in women at times.

So here is a stunning Sunday Times Magazine feature on Bianca, wearing Zandra Rhodes’s incredible creations, from October 1972. She is my new hair idol, particularly that last shot… Check back tomorrow for the Zandra interview and photograph… 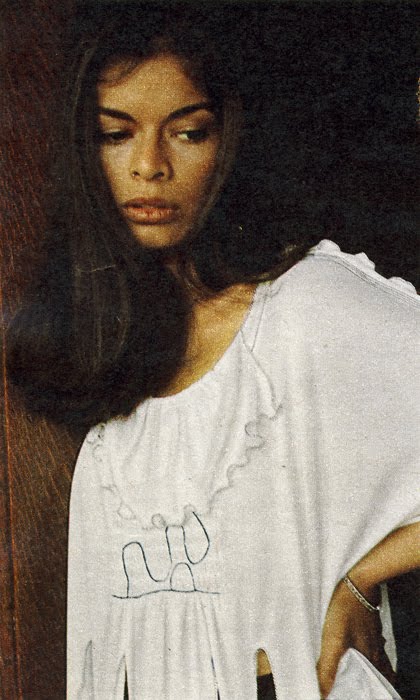