My sadness in missing the opening of the Biba exhibition at Brighton Museum back in September was slightly assuaged by an email from the lovely Jo Ann Fortune of Visit Brighton, informing me that I had won two tickets to go and see it. I never win anything, so naturally I was shocked and delighted. I was determined I would not go until I was walking properly, so Mr Brownwindsor and I finally made it there a couple of weeks ago, on a frosty Sunday afternoon.

Needless to say, it was a delight. I had thought, as someone who owns and sells a lot of Biba, that I would be confronted with a whole host of pieces I have already had the pleasure of handling or wearing. It was a pleasant surprise to see that the vast majority were either entirely new to me, or pieces I have lusted over from afar for years. That is a credit to the design prolificacy of Barbara Hulanicki, and to Angie Smith and Murray Blewett, whose impressive Biba collections form the bulk of the exhibition. Further to my blog on the subject a while ago, there is also a rare surviving piece from that first foray into mail order – the outfit which launched the entire label. Sadly it is only the headscarf, but incredibly tantalising to see up close. 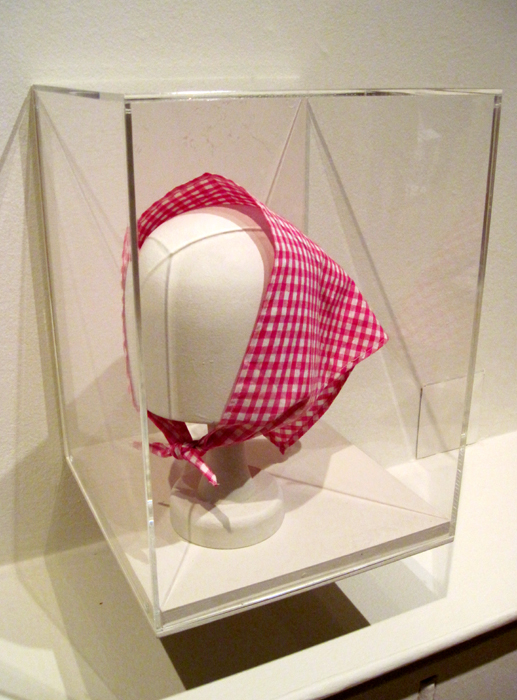 There were plenty of pieces loaned by members of the public as well, with fascinating stories of wages being splurged in the name of Biba, descriptions of the interiors, and of the most outrageously wonderful wedding outfits. Seriously, how have we moved so far back away from the modernity of wearing a cropped satin top and flares ensemble for a civil ceremony? These women were fighting against the roles their mothers had felt obliged to assume; fighting against convention, against sexism and the virginal white wedding which has inexplicably dominated since the 19th century. I loved that these women simply picked a phenomenal Biba outfit and couldn’t give two hoots about whether anyone thought they were ‘one of them’.

Further cabinets and displays covered Barbara’s early life, her time in Brighton (of course, and we slightly geekily went to find her former residence in Grand Avenue after seeing the address printed in a newspaper clipping!), the genesis of Biba and the various aspects of the Big Biba lifestyle which were catered to by the time they moved into the Derry and Toms building in 1973. Yes, there are soapflakes.

I feel more could have been done to evoke the Big Biba spirit, particularly in the main display room. Certain nods were made, such as the hatstands, but it was minimal and far too tasteful. Although credit where credit is due: whoever chose the playlist should be greatly congratulated, hugged and applauded for their taste and understanding of the Biba vibe.

The final room, which touched – a little too lightly – on Barbara’s other talents for illustration and interior design, also featured a row of pieces from her (and I may make myself unpopular here…) half-hearted George at Asda and Topshop ranges, with another piece from the hateful Kate Moss for Topshop collection (inspired by a wrecked Biba jumper which looks suspiciously Eighties to me). I felt that this final display was a poor finale to what was otherwise a lovely, small-but-perfectly-formed, exhibition. Why would you want to leave with such a bad taste in your mouth? On the other hand, they make the longing for clothes of the quality of Biba even greater and show up the endless re-hashing of Seventies design for what it really is.

Biba and beyond is a wonderful celebration of one of the most creative periods in British fashion design we have ever known. It should also be a wake-up call for people to become more discerning in their sartorial choices. People compare Biba to Primark, but the levels of manufacture are not even remotely comparable. Who is designing these days? Who is actually taking inspirations and not just duplicating them wholesale, but in fact creating something entirely new and fresh? Barbara did, so can someone else.

Biba and Beyond is on until 14th April 2013, and is a wonderful feast for the eyes. It may also be bad for your bank balance, since you will want to own more and more Biba. Trust me, it’s addictive. 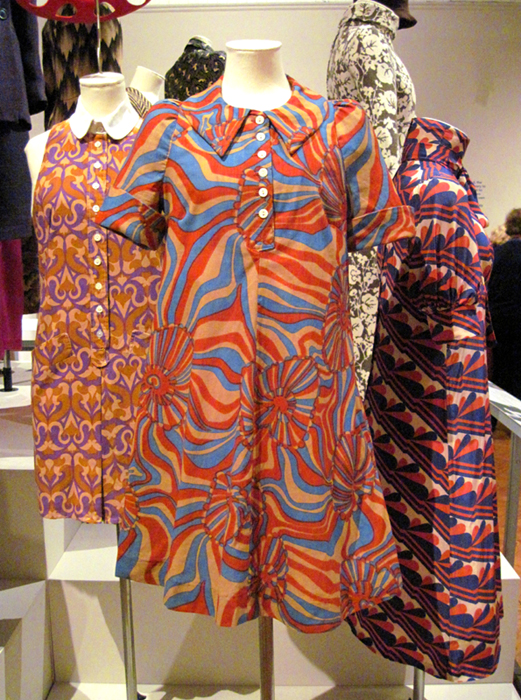 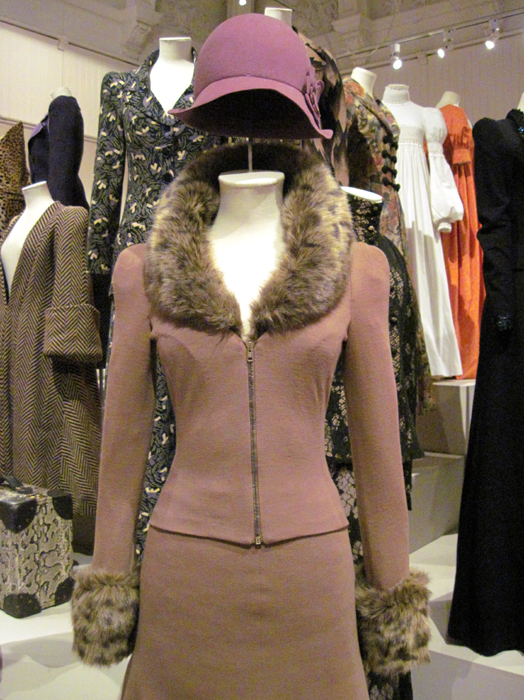 Through the [extremely peculiar] looking glass…

10 thoughts on “Biba in Brighton”