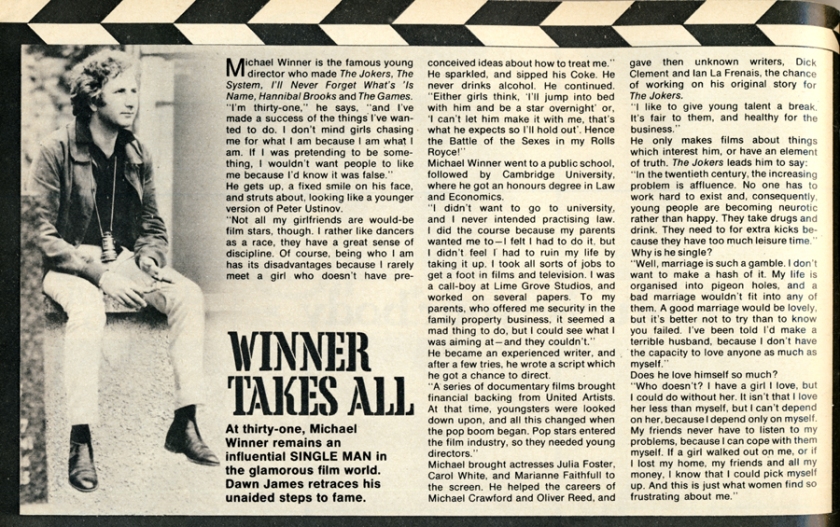 A slightly belated RIP to Michael Winner. While he became something of a national joke/treasure/pompous buffoon in his later life, I maintain that his early films show a brilliance which very few people appreciate. The Jokers and I’ll Never Forget What’s ‘isname are two of my most favourite films of that period, the latter has a depth which few people would or could ever associate with Winner. Also, thanks to him, I have some prime Oliver Reed lusting material. I salute you Sir and offer my greatest respect and condolences.

I also have a weakness for Parting Shots. I mean, how can you argue with a cast list that includes Diana Rigg, Joanna Lumley, Oliver Reed, Gareth Hunt, Peter Davison and Nicola Bryant? You can’t.

2 thoughts on “Mensday: Winner takes all”