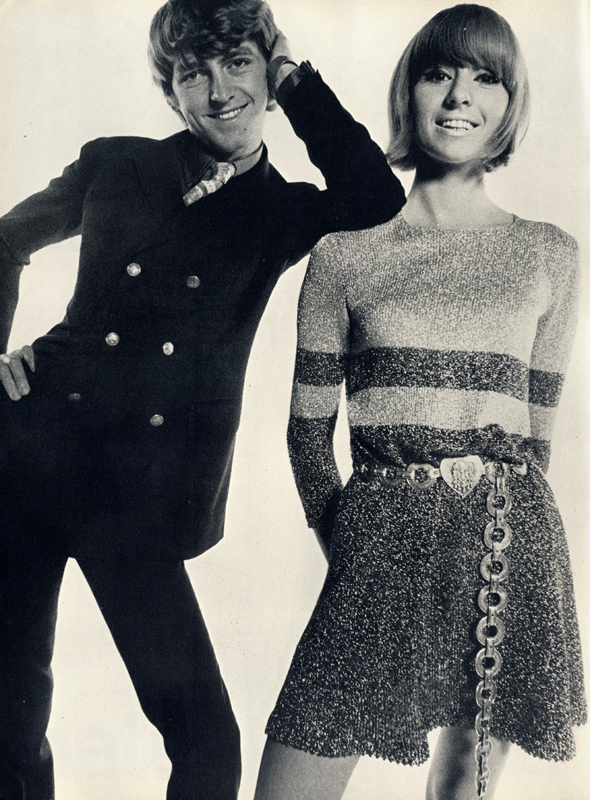 Both Tara Browne and Brian Jones were at the height of their fame, fortune and follicular glory here. Neither would see the Seventies. Indeed, Browne wouldn’t even see out the year this feature hails from. Quite extraordinary to see them together in the same spread from Men In Vogue, November 1966. They even managed to date the same woman (Suki Potier was the passenger in Browne’s Lotus Elan when he died, and would later be comforted by Jones – dating him, on-and-off, until his death in 1969.)

As an aside, I was amazed to read, for the first time, that there are actually people in the world who believe that Tara Browne underwent extensive plastic surgery to ‘become’ a replacement Paul McCartney. Because McCartney actually died in a motorbike accident in Liverpool [just before Browne faked his own death], dontchaknow? I mean no offence to a beloved Beatle, but why on earth would anyone bother? Nobody bothered doing that with any other dead rock star at the time.

I’m quite the arch timewaster myself, but even my mind boggles at the years people devote to such patently ludicrous things.

18 thoughts on “Mensday: About a lucky man who made the grade…”