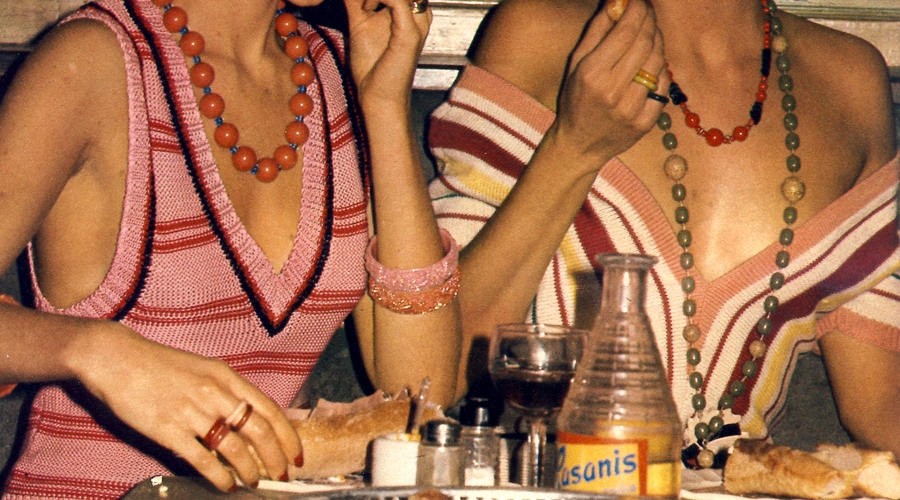 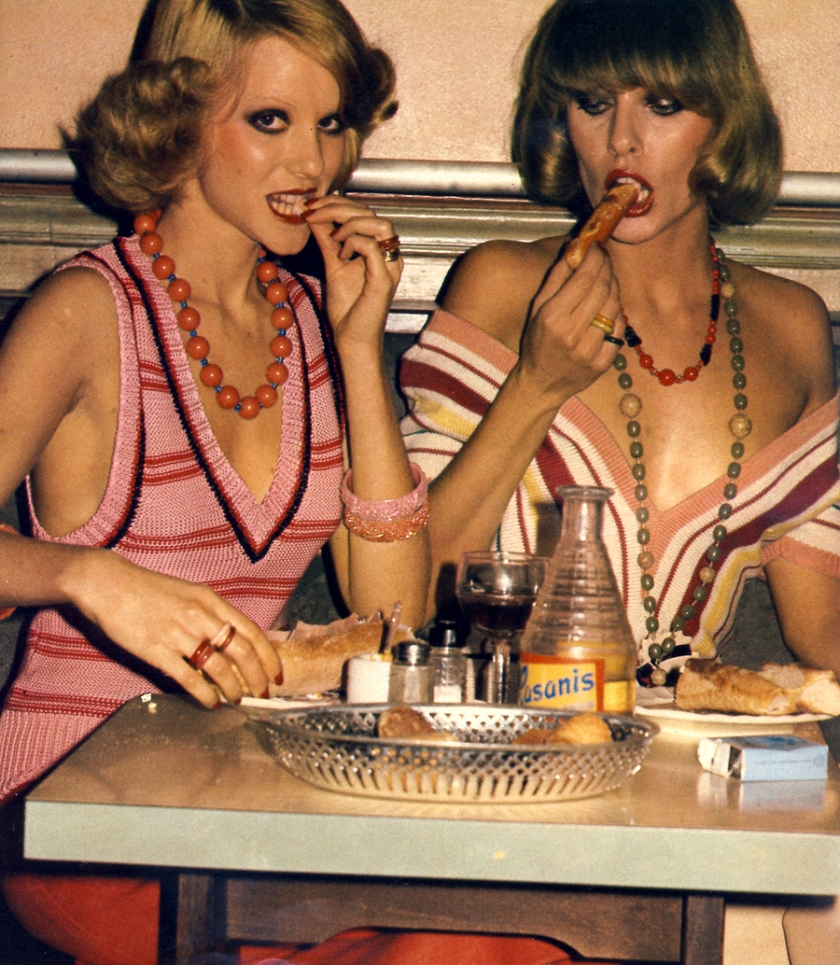 “Paris is different, it is full of people in search of one another,” says Louise. “Any girl is sexy when she’s in love,” says Christiana. Pink tank top and red skirt both by Sonia Rykiel at Browns. Striped sweater by Kenzo at Jap.

Those famous twenty-five million Frenchmen can’t be wrong. They fancy French girls a lot (a recent L’Express opinion poll revealed that the average Frenchman makes love to 11.8 women in his life). What is it about French girls that makes them so special? They aren’t so pretty as most English girls, but they try harder. They smell sexier, exude more confience, put themselves together better. Think of Bardot, Anouk Aimee, Catherine Deneuve. For all the GB girls who’d like to look like BB and AA the fashion buyers flock to Paris in search of the real “style francais”: sweaters for a movie star profile, trousers to give the bottom a lift, dresses that pay for their dinner in chic. A French label gives cachet although the price tag is not cheap. But it’s worth every penny — when he’s in the mood for l’amour. Just add Beaujolais and serve. We like Paris fashion when it sizzles … this little lot almost burns the pages and you can buy them all here.

Three Paris types. Two blondes and a tough in black leather. Is France all Gauloises and love in the afternoon? Louise, Roberto and Christiana wear the new clothes and give us their views. 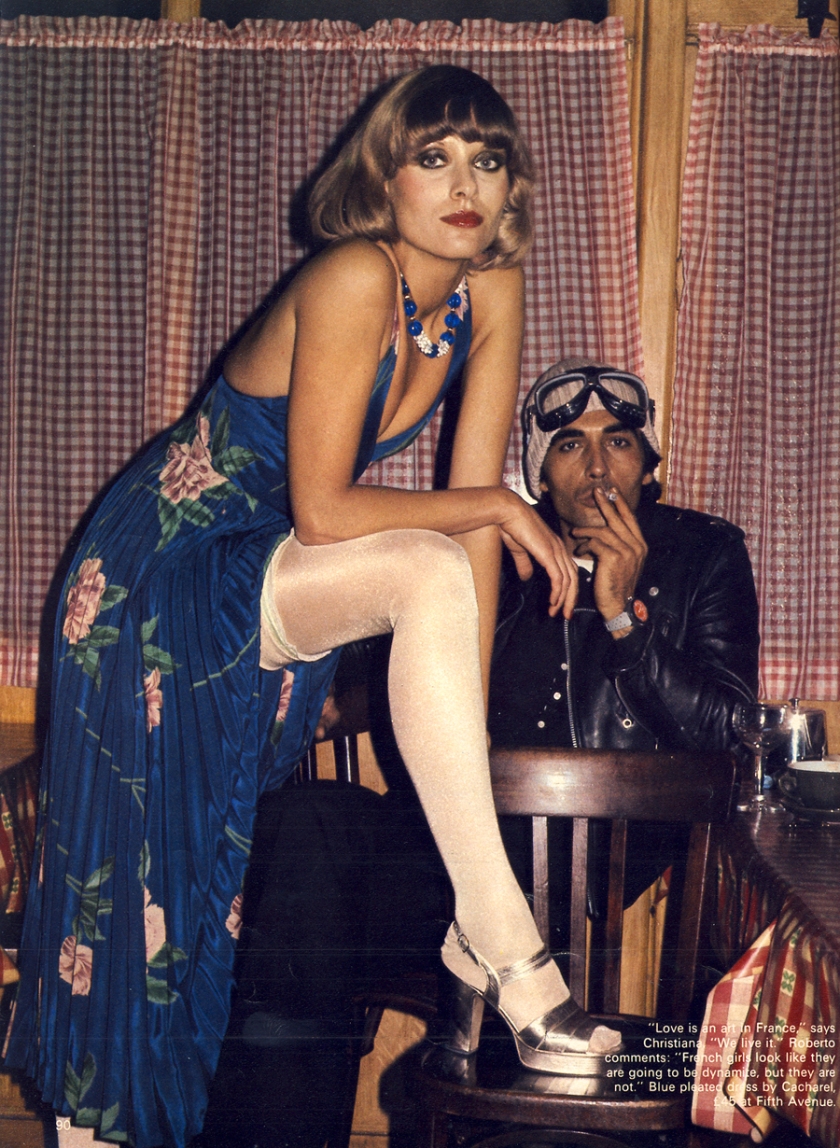 “Love is an art in France,” says Christiana. “We live it.” Roberto comments: “French girls look like they are going to be dynamite, but they are not.” Blue pleated dress by Cacharel.

“French girls rely on their personality not on their beauty,” says Louise. “I don’t dig that coquette bit,” retorts Roberto. Dotted red dress by Christian Aujard.

“How old am I? I never know. Age is not important here,” says Christiana. Says Roberto: “I’ve had a dozen French girl friends. After the third they were all alike.” Vanilla shirt suit in flannel and green shirt by Cacharel.