What is she really like? Very much a domesticated and warm-hearted girl, she is preparing to set up home with the man she loves. Although she usually favours clothes collected from Antique supermarkets, 19 chose these daringly-cut dresses to emphasise the underlying tiger in her make-up.

At twenty-three, and with five feature films to her credit, Miss Charlotte Rampling is now engaged in what is seemingly her most important project to date – setting up residence in a fashionable Westminster two-storey house with film-maker Tommy Weber, and his two shaggy-haired sons, Jake, aged nearly six, and Charlie, aged four.
Charlotte has been with Tommy for a year now, and when his divorce comes through, they plan to marry. Charlotte feels this will be ‘mostly for the children’s and my parents’ sake’.

She returned to England from Madrid four years ago, when she received her first film offer, landing a starring role in a Boulting Brothers comedy, Rotten To The Core. Following this movie, Charlotte appeared as Meredith, the super-shrew of Georgy Girl – and probably produced the totally misconceived image as a girl much like the one she played.

Charlotte describes Meredith as a real bitch’ of Georgy she says; “She was pathetic, but two-faced – not an admirable character.” Lyn Redgrave, however, was ‘absolutely beautiful’, and the film set was a happy one.

Charlotte has recently completed two films; Three, directed by Jim Salter, from an Irwin Shaw story, is spoken of with less than relish. What apparently started out as a free, flowing movie about three students bumming their may across Europe, ended up as a contused, under-budgeted affair, in which the hardships outnumbered the freedom.

Her most satisfying film to date, The Damned, is still being shot under the direction of Italy’s Luchino Visconti and she feels this was an invaluable experience. It is the story of the Krupp family, who rose to power in Hitler’s Germany.

Charlotte Rampling is now in the enviable position of having completed a major role, and possessing the chance to choose what she wants for the future. 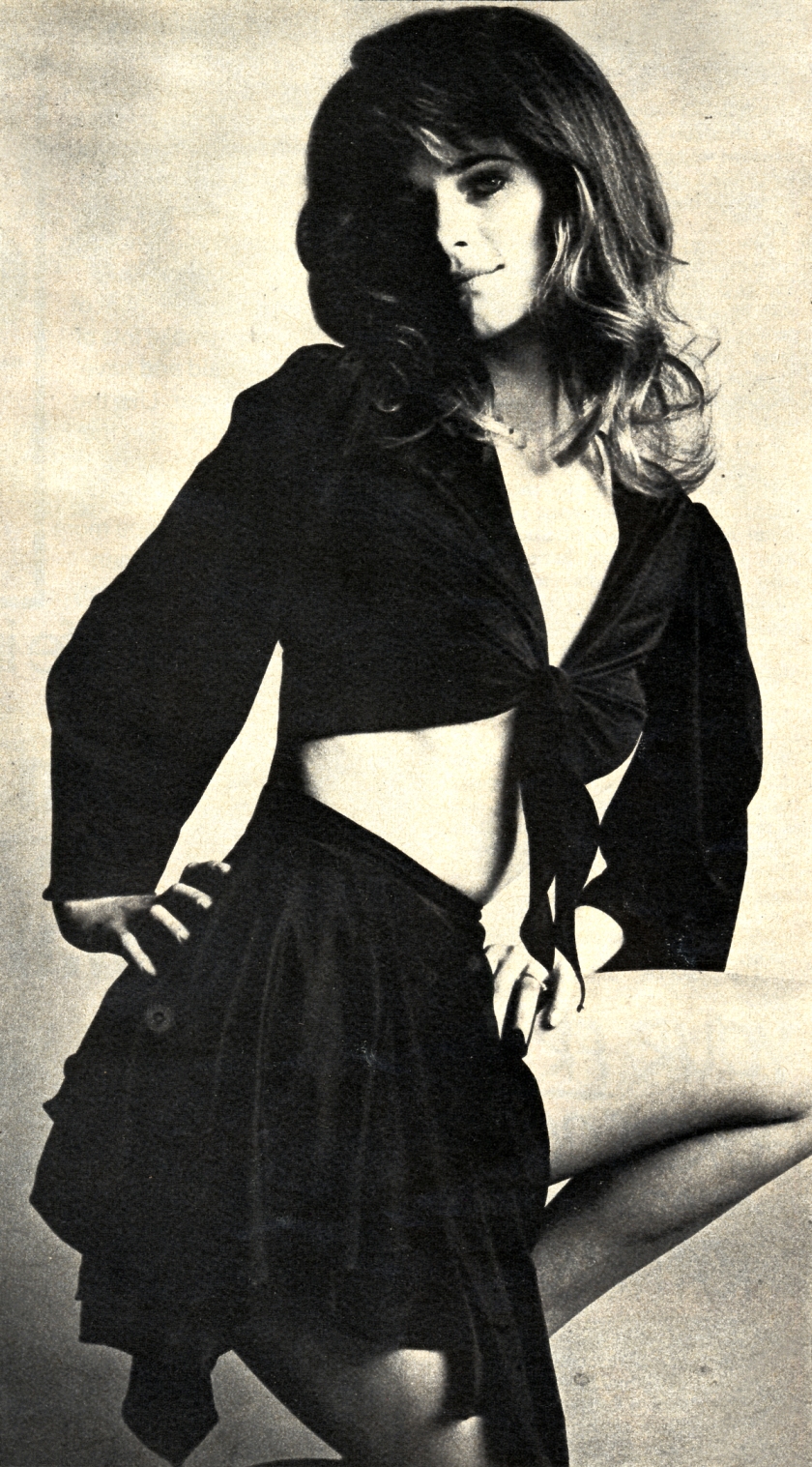