“Start squaring your shoulders, tightening your belt and walking on four-inch heels…”

A phenomenal editorial which feels very ahead of its time. This is really the birth of ‘Power Dressing’, from February 1979. There’s a curious juxtaposition of old and new, the old telephone and boudoir chair in the final photo suggest the origins of these suits in the Forties while the clunky ‘mobile phone’ is the signpost to the unknown future. Pre-Eighties and pre-Thatcher (just) – even pre-Miss Peelpants (also, just!) – there’s something quite charming about the modest silhouette here – which is really rather hard to equate with the horrors which were to come. These feel more in line with the New Romantic and Goth garments from the 1980s which I feel passionate about and choose to collect (like Sarah Whitworth, Symphony of Shadows etc), than with Yuppies and Dynasty, although you can just as equally see their genesis here.

Suit by Wallis. Silk camisole by Tatters. Shoes from Pancaldi. 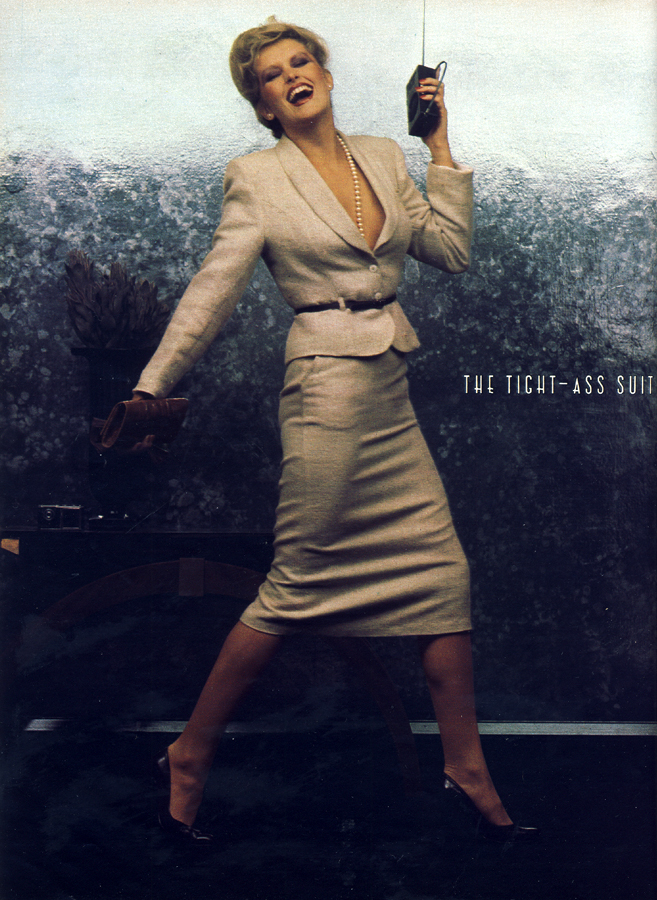 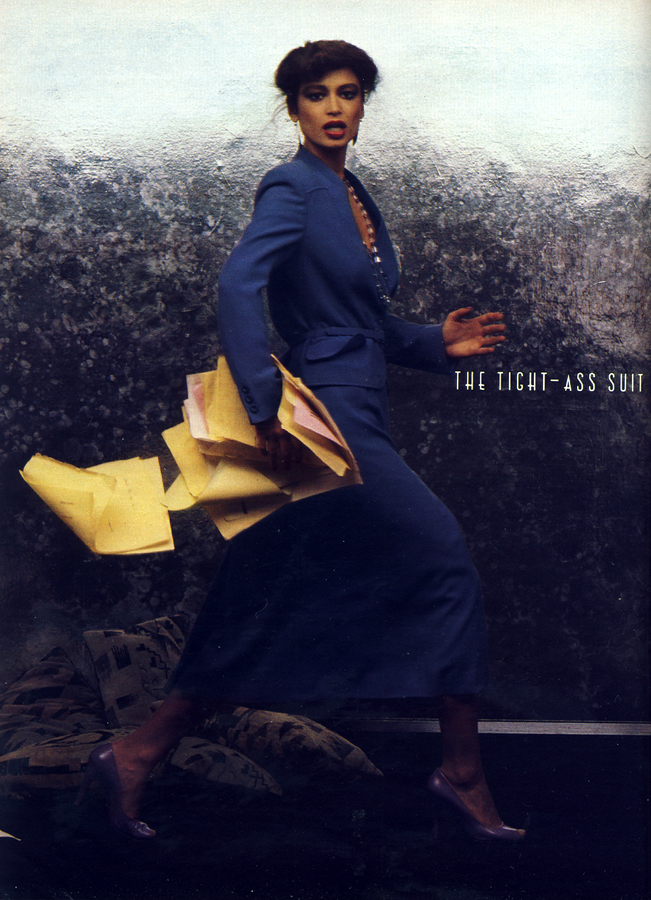 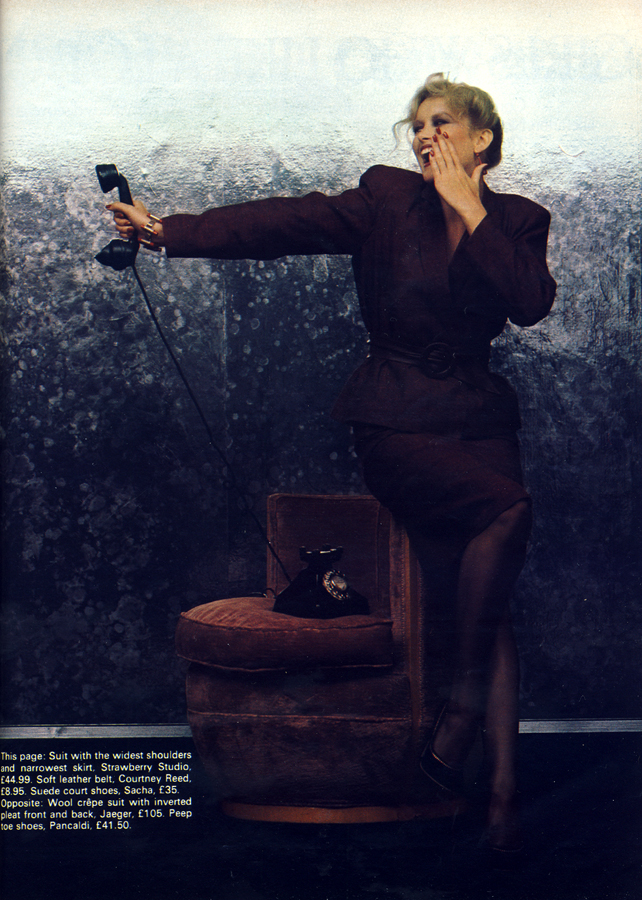 Suit with the wiest shoulders and narrowest skirt by Strawberry Studio. Suede shoes by Sacha.

4 thoughts on “The Tight-Ass Suit”