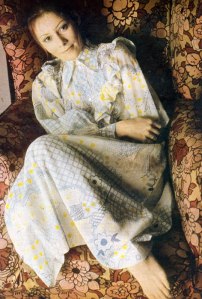 This is gratuitous eye candy. Pure and simple. Petticoat, August 1970. Photos by Jeannie.

I love these dedicated boutique fashion spreads. Everything here is from Quorum, either Alice or Ossie. 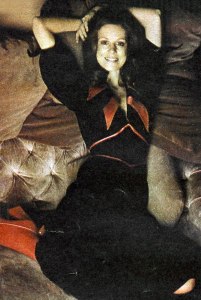 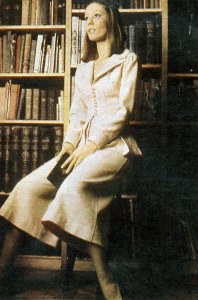 I know David Sylvian disowns Japan’s debut album, Adolescent Sex. I know early Eighties Sylvian is infinitely superior in a soulful, shy indie boy kind of way. I know the songs are more intricate and beautiful. But I just can’t shake it….

The pretty hair. The floppy cuffs. The flares. The girly make-up. The sexy, vaguely Imagination-esque sound they were peddling back then. It just does it for me, I’m afraid. It’s a bit grimy, a bit rock’n’roll, a bit glam rock and a lot sexy…

They even covered Barbra Streisand. And Sylvia is infinitely prettier too. 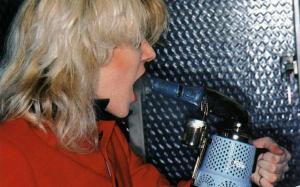 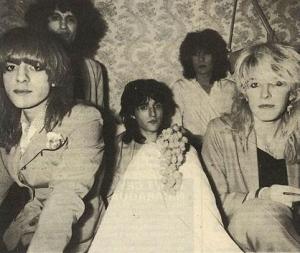 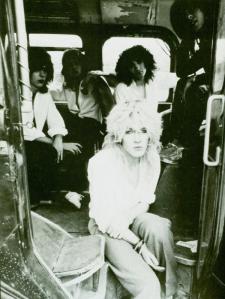 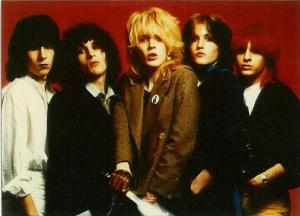 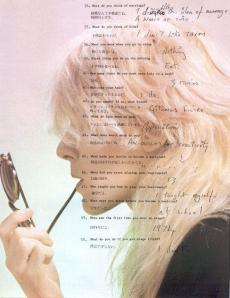 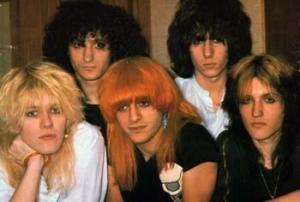 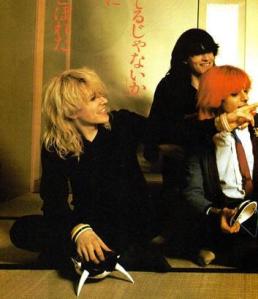 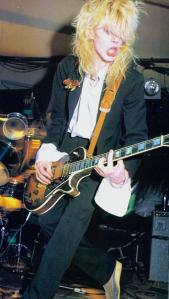 I can’t even begin to express how devastatingly sexy this photo is. Not necessarily because of their physical attractiveness (though I should point out that Justin Hayward is looking very pretty there at the back and Mike Pinder looks very manly and yum on the left) but because of how they’re dressed. Fringed shawls! Striped trousers! Gold braiding! Neckerchiefs! Paisley shirts! Moustaches! Men need to dress like this.

Ahhhhhh…..who can resist Nights in White Satin? A bit like The Air That I Breathe from my last post, and indeed A Whiter Shade of Pale (though, sadly, Procol Harum are not in Boyfriend for me to witter on about and show a gorgeous photo…), it always makes me well-up a little bit and go into a strange (but lovely) place very deep inside my psyche. 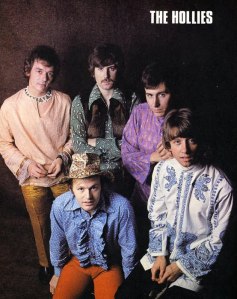 I have to admit I have a serious soft spot for The Hollies. They’re one of those groups where you can surprise yourself at how many of their songs you already know, even if you’ve never owned an album in your life. Flipping through a fabulous 1969 Boyfriend annual, I was drooling all over the incredible, super high-colour shots of various well known (and totally unknown) ‘boybands’ of the time. It’s men’s fashion at its finest, in my humble opinion, and I will slowly share all of them over the course of more blogs I hope.

But because I heard ‘The Air That I Breathe’ on the radio earlier, and it managed to heal the scars inflicted by hearing the Simply Shite Red version whilst having an otherwise lovely brunch a couple of weeks back, I have decided to start with The Hollies. I also can’t resist posting both a video for that and for ‘Stop, Stop, Stop’ which is another brilliant song, and I adore their super puffy sleeved shirts in the video. 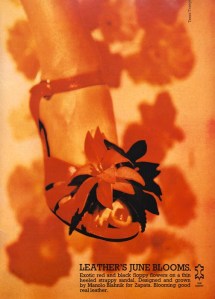 Please excuse me while I mop up a large pool of drool which has mysteriously appeared on my keyboard…. 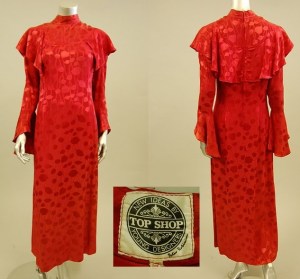 Fear not. Hell hasn’t frozen over just yet. I am referring to this one from back in the day. I don’t know how much it went for in the Kerry Taylor sale today, but my goodness!! Isn’t it fab? If they’re going to raid someone’s archives, why not start with their own; at least they own the copyright!

One of the reasons I love doing what I do, and love being so passionate about vintage, is the capacity some designers have to surprise me. It’s a hard thing to do when you think about it, given that they were mostly working Forty-odd years ago. You’d think the potential for surprise would be fairly slim wouldn’t you?

However, occasionally, they manage it. Here are two pieces in a ’69 Vogue which don’t strike me as being at all what I would expect from this designer. Seeing as how they are neither prints, nor dresses, nor trimmed with antique lace. 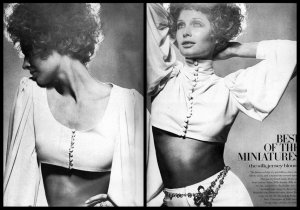 I want them!!! Badly!!! Not that I could get away with them, too much Fruit and Nut Dairy Milk [because you can convince yourself it’s healthy…..fruit….AND nuts!!! What more do you want people???] has been consumed over the past few weeks (and years). But I still want them!! Big sleeves!!! Buttons!!! Cute little bodices!!!

For a more convential Fratini, scoot on over to Vintage-a-Peel for these two lovelies…..

Thursday will see Kerry Taylor’s Passion for Fashion auction take place in London. With the cream of couture on display, it’s hard not to drool all over your computer screen. Here are a few Vintage-a-Peel favourite picks, and a tissue to delicately dab away the involuntary dribbling… 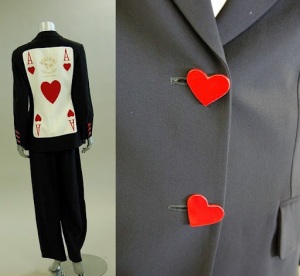 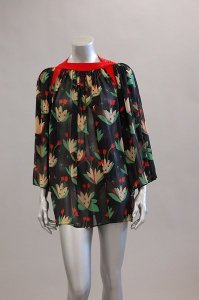 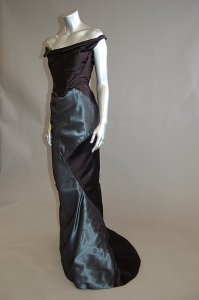 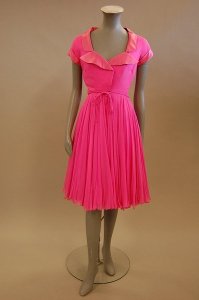 In my fantasy world, I’ve won the lottery and all these will belong to me. You may all, of course, come and play dress up in my Italian Palazzo and enjoy a private Duran Duran show. Well…that’s what fantasy worlds are for, are they not?

Damn my big feet and head…..here are a couple of fabulous pieces which will never fit me but I would kill to own. Please buy and enjoy them!

I always become obsessed with hats in the winter. Sadly I only have a handful (and only two vintage) because I have quite a large head. Graduation day was entertaining I can tell you. I will post my two beloved hats at some point, a floppy felt number in aubergine with teardrop cut outs (very Biba) and a green suede Emma Peel hat by Edward Mann (who actually made the Emma Peel hats, so it’s a proper one too!!). If you ever see a great vintage hat with an inner measurement of about 23-24″, then give me a shout! I’ll probably want it! This one, the seller tells me, is a slightly stretchy 20″. But I’m not sure it could be 3-4″ stretchy!!

No, it’s not a new Spice Girls line-up. David Bailey and Vogue posed this quartet of female styles back in 1974 and I think it’s a wonderful photoshoot, if a little bit silly in premise terms. Bailey can be a very hit-and-miss photographer, for me at any rate, so I thought it would be nice to show you one of the better shoots I’ve found in my stash of magazines! And while it’s certainly all a bit of silly fluffy nonsense, we all need a bit of silly fluffy fantasy when the weather is a bit grim and the world is all stressing about money….

You only ever see her at night: she hardly exists before 10pm. Her small house is all black velvet and mirrorglass, with a private bar and a fishtank bath, a hothouse where she grows spotted green orchids. Stomo Yamashata plays at the touch of a button at home and in her Panther Ferrari. She wears all shades of black and the Diaghilev colours – fuschia pink and violet, emerald and kingfisher – and the night scent, Norell. She puts crimson carnations in a porphyry vase of black ink overday, wears them to bring her luck at the Clermont. On rainy nights friends come through the wet to watch old movies in her private cinema – Bogart, Cagney, and her new favourite, LinoVentura. 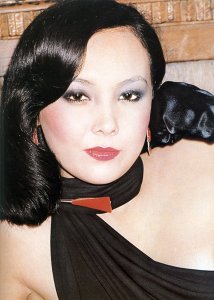 A natural actress, show-off and scene-stealer. She arrives hours late for almost everything and her entrances are timed to perfection. She spends money like there’s no tomorrow and she makes it too. A born gambler, she cashes in her diamond chips and plays the stock market with gilt-edged assurance. She’ll have nothing but the best, including men. Her music? Mahler and the sound of oil wells. Her habitat: Annabel’s, Ritz bar anywhere, Mark’s Club. Her holiday: Las Hadas, Mexico, El Cuarton, Spain, Bali, Brazil. Her luggage: Vuitton. Her clothes: as you see here. Her scent: the newest. She travels by Lear jet, Rolls Corniche convertible, horse and carriage. She reads the Financial Times and there’s nothing average about her Dow-Jones. 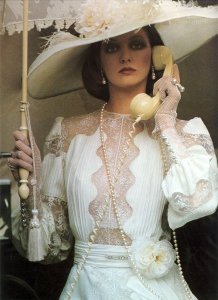 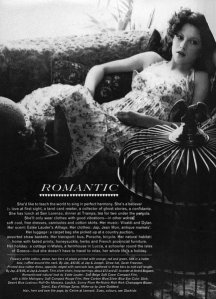 She’d like to teach the world to sing in perfect harmony. She’s a believe in love at first sight, a tarot card reader, a collector of ghost stories, a confidante. She has lunch at San Lorenzo, dinner at Tramps, tea for two under the pergola. She’ll only wear clothes with good vibrations – in other words, soft cool, free dresses, camisoles and cotton skirts. Her music: Vivaldi and Dylan. Her scent: Estee Lauder’s Alliage. Her clothes: Jap, Jean Muir, antique markets’. Her luggage: a carpet bag she picked up at a country auction, assorted straw baskets. Her transport: bus, Porsche, bicycle. Her natural habitat: home with faded prints, honeysuckle, herbs and French provincial furniture. Her holiday: a cottage in Wales, a farmhouse in Lucca, a schooner round the Isles of Greece- but she doesn’t have to travel to relax, her whole life’s a holiday.

Buddy Holly, Bette Midler and David Bowie take turns on the tape. Her favourite clothes: shorts, Day-glo nylon scarves, metallised leather jackets, boots, things from Too Fast To Live Too Young to Die in the Kings Road, sports departments of Simpson and Lillywhites. Her scent, Helena Rubinstein’s Courant. Flies to the Black Raven at night, cruises around Europe on holiday, meeting up with a yacht in Italy. 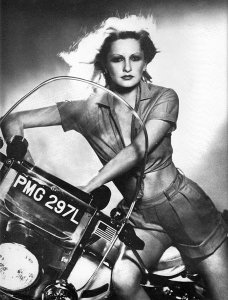 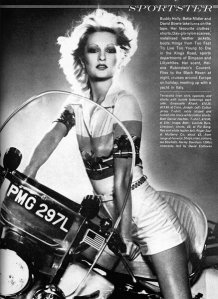 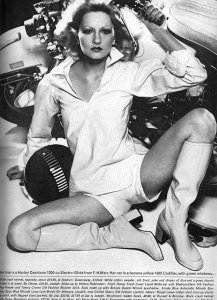 Personally, I’m a romantic. I like the idea of being the vamp but it’s too much hard work. Showgirl requires money I simply cannot imagine ever having, and even if I did have it….aside from a Duran on one arm and a wardrobe full of Ossies and Vivienne Westwood frocks….I am not sure I wouldn’t feel awfully guilty every day for being such a glutton. Sportster? Couldn’t be further away from my personality, aside from the Bowie thing of course. Although I do like sports cars, I just can’t drive them!