Out of the sombre tones of last year’s black evening dress, emerges the exciting new glitter story for autumn. Light-as-a-feather Lurex, made up into cool, clinging styles, helps you shimmer through those soft, romantic evenings.

Photographed by Stuart Brown in the flat belonging to interior designer John Wright of Walker, Wright and Schofield, and also in Mr Chow’s restaurant. 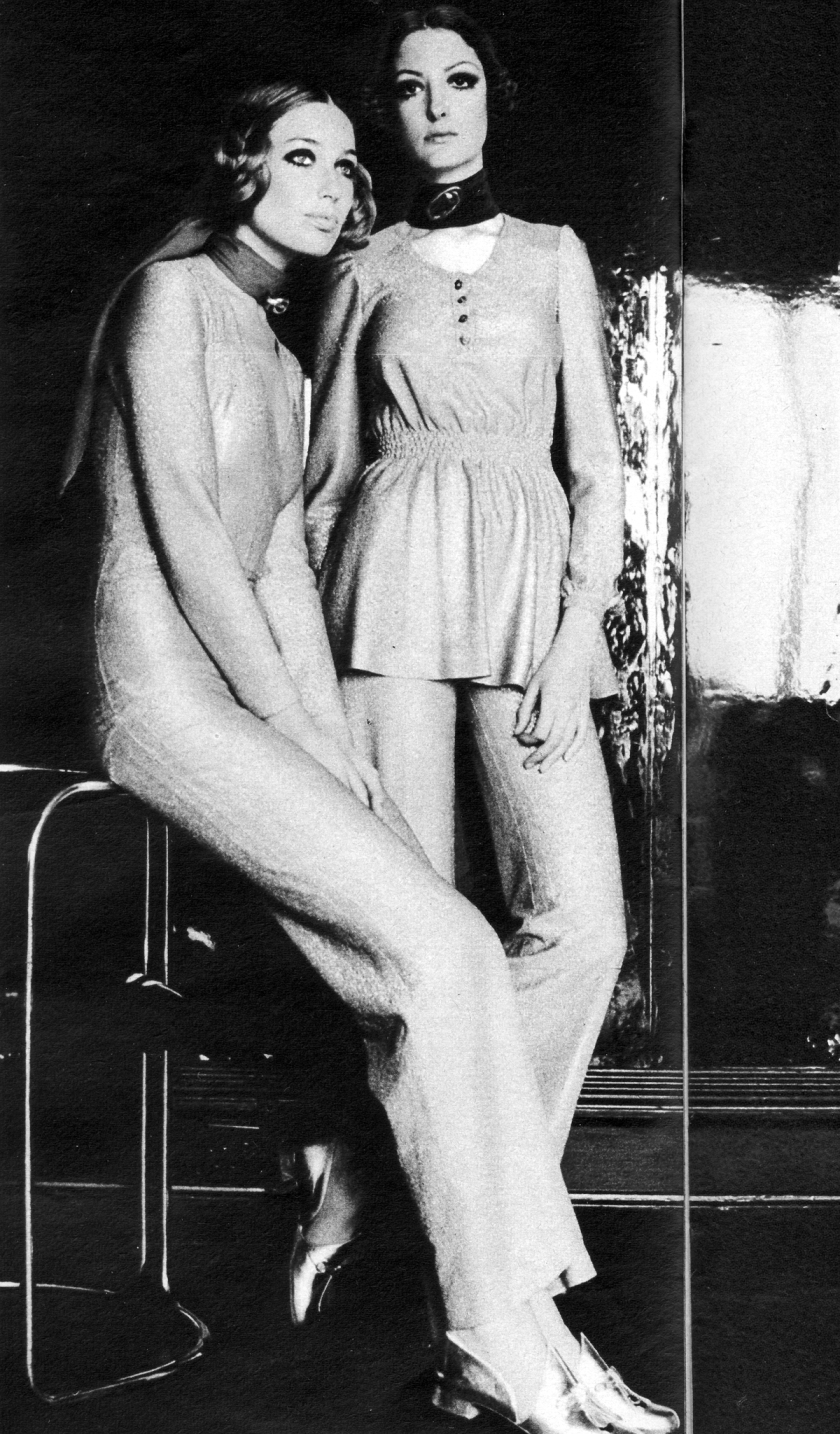 How about that sleeve? Striped jerseys and white silks wider than they’re long.

I’m always excited to see Alice Pollock anything, anywhere, but this spread features a blouse I have (except mine is in black) in the second image. There’s a good reason why vintage blouses get snapped up so quickly, and this photoshoot proves it…

Blouse by Alice Pollock, with fine faggoting instead of seams, at New Quorum and Che Guevara

Blouse by Alice Pollock, at New Quorum and Che Guevara

Blouse by Alice Pollock, at Boston 151

Photographed by Alex Chatelain. Scanned by Miss Peelpants from Harpers and Queen, April 1971

Occasionally I go and gorge myself stupid over at the magnificent Youthquakers site. They make no pretence of scanning perfection, which means they can bombard you with a tonne of amazing Vogue scans at any one time. I feel exhausted just looking at it. It also means that a complete Brit-fashion geek like me (with more magazines than I can cope with) can take a look at copies of US Vogue, which I can rarely justify getting hold of myself.

I spotted this brilliant piece in a February 1970 US Vogue. Mrs Chow was, of course, Grace Coddington and Mrs ‘Liberson’ was, in fact, Marit Allen. Fashion journalism legend and boutique collector extraordinaire. She was the wife of Sandy Lieberson (tsk! tsk!, US Vogue fact checkers…), who was a film producer and to whom I am extremely grateful for bringing That’ll Be The Day, Stardust and Rita, Sue and Bob Too! into my life.